Between 2005 and 2007 I was the on contract to help build my first brand. It was a big solo project for me at the time and I learn far more about my craft than school ever hinted that one could know. Namaste Messenger was the brainchild of your typical new age dyed-in-the-wool hippie bike courier who lived on idealism, matcha, and ted talks. My job was to take his favourite and best projection of himself and make it a brand.

Namaste Messenger became just that. A smiling, laughing buddha holding up a bicycle gear. This is the embodiment of everything you could expect from the company. Which was just the two of us at the beginning, but grew to a team of 6 inside of the first year. We credited this to "living our truth" and making sure that every bit of communication the company put out was fully in line with the branding.

I did a number of print format ad campaigns, early digital advertising, the logo, all the stationary and of course the website. the collateral is a bit dated now. But I'll always get a warm smile when I look at that logo. 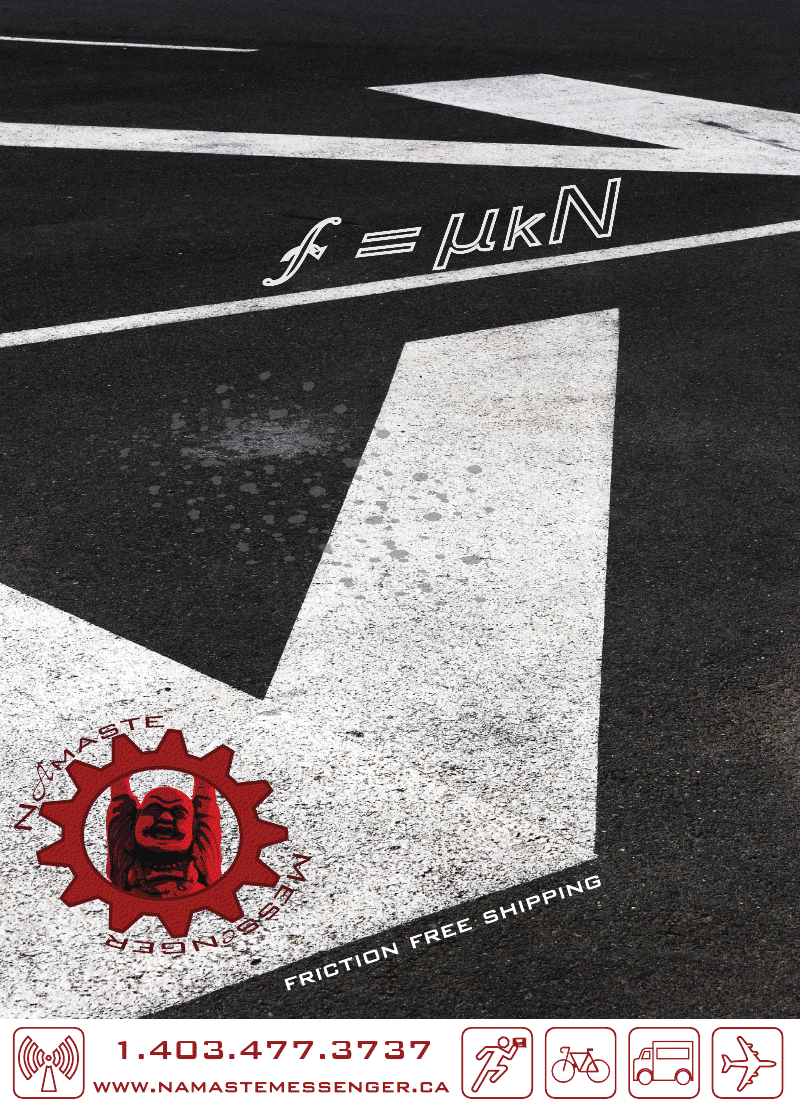 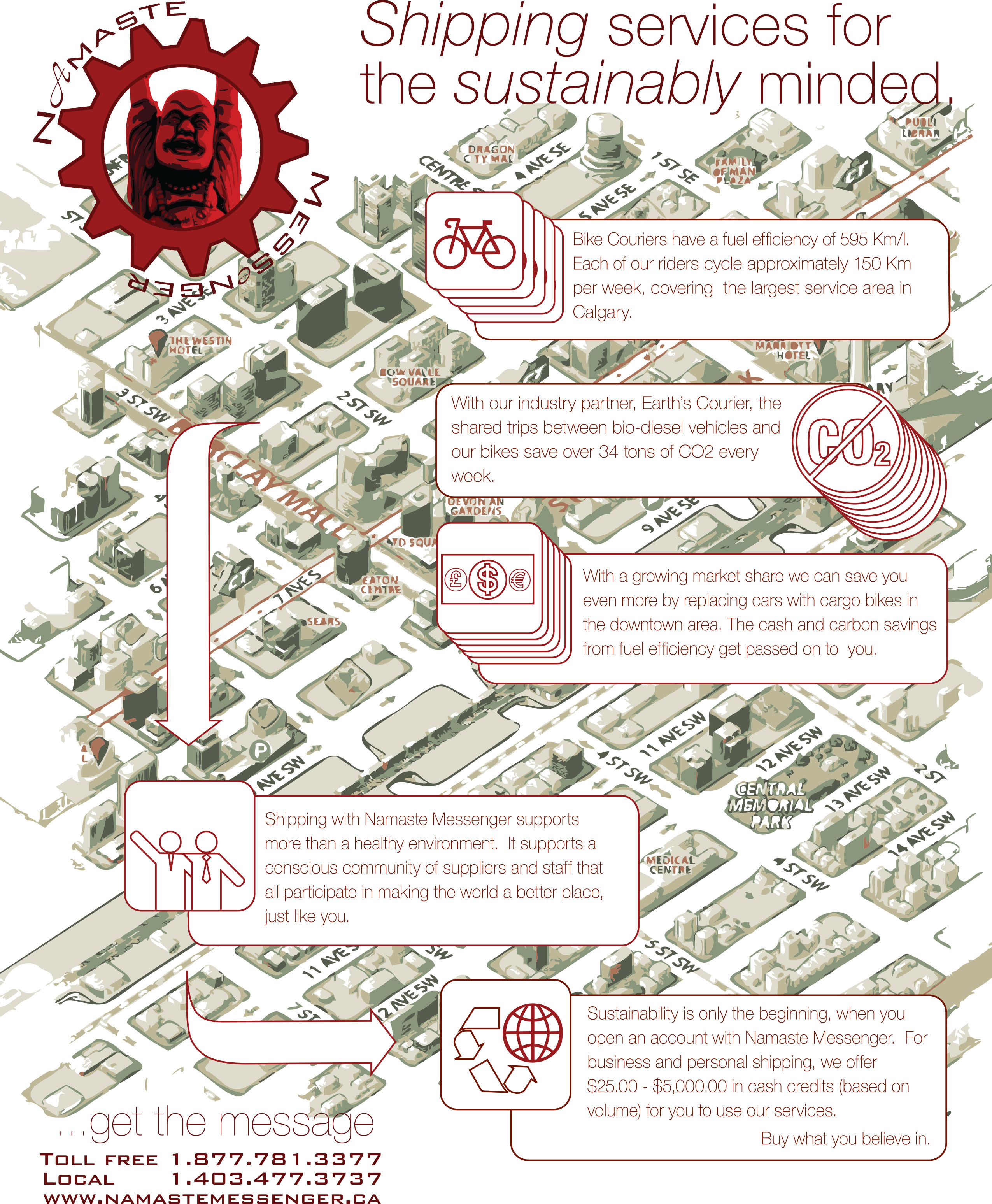 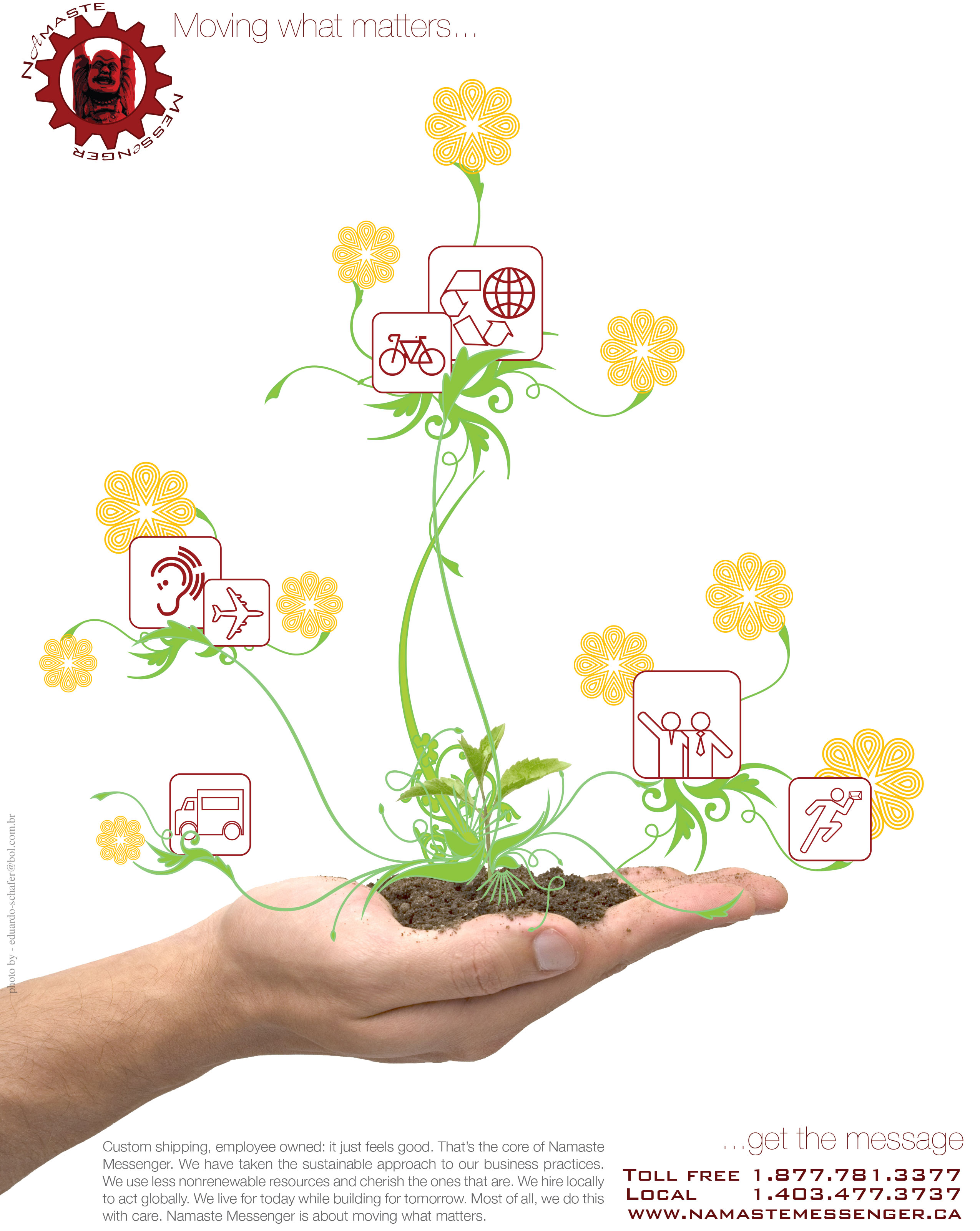